Echo Lane Animal Clinic began serving the dogs and cats of the Memorial-Spring Branch area on February 5, 1975, when Dr. Bill Haglund and Dr. Robert Davidson opened its doors for the first time. Dr. Davidson retired in March of 2004, and Dr. Haglund was joined by a new partner, Dr. Jack Moore, in December of 2005. Dr. Moore passed away unexpectedly in February of 2011, and Dr. Jim Hopper began working part-time, on Fridays, in May of 2011. 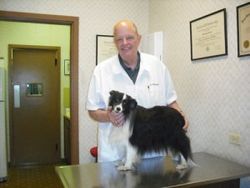 Background
Bill Haglund, DVM grew up in Galveston, Texas, and graduated from the College of Veterinary Medicine at Texas A&M University in August of 1971. He began the practice of veterinary medicine, three days after graduation, at The Animal Clinic in Galveston, working for Dr. Edmund Henderson, and with Dr. Robert Davidson, a clinic at which they had both worked as kennel boys while in high school. Dr. Haglund joined the Rotary Club of Galveston in August of 1972, and the Rotary Club of Memorial-Spring Branch in August of 1975. He has served as President of the Memorial-Spring Branch Club twice and has been active in Rotary projects in the Spring Branch area, especially the Club’s scholarship program. He served on the SBISD Board of Trustees for six years and is a member of the American Veterinary Medical Association, the Texas Veterinary Medical Association, and the Harris County Veterinary Medical Association, which he has served as Treasurer for the past 25 years. 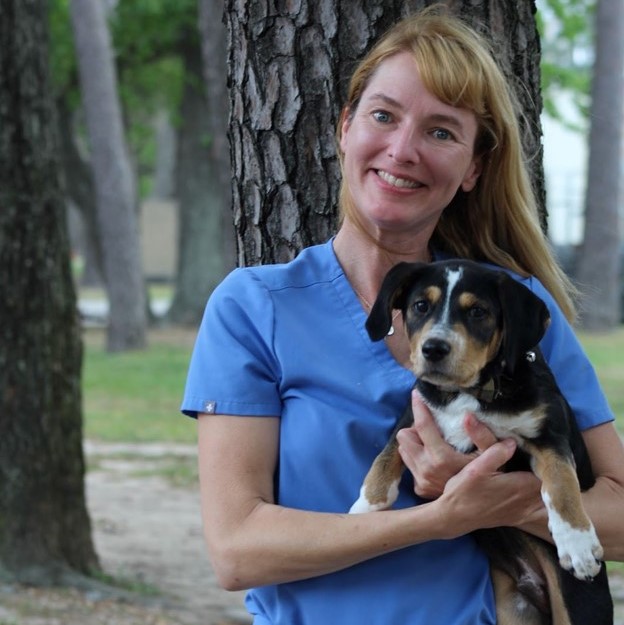 Veterinarian and owner of ELAC

Dr. Allison Dees, D.V.M. was born and raised in Lake Charles, Louisiana. From a young age she fostered a great love of all animals, but especially dogs, cats and horses. This love of animals, combined with a passion for science, inspired her to become a veterinarian. In 2004, she graduated from Louisiana State University’s School of Veterinary Medicine. After graduating, she stayed in Louisiana to practice veterinary medicine for a year before moving to Austin for 3 years. She moved to Houston in 2009 and has been practicing here since. Her special interests include internal medicine, soft tissue surgery and ophthalmology. In her spare time, she really enjoys knitting, baking, jogging, bike riding and salsa dancing! 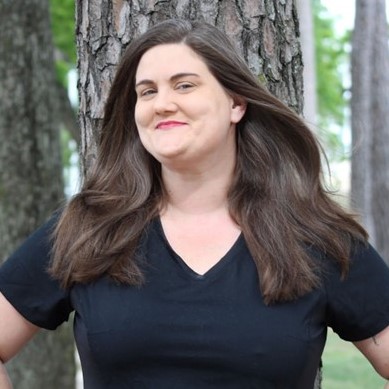 Leslie has been in the veterinary medicine game since 2008. She lives with her husband Sam and their two dogs, Po and Jeanie, and two cats, Party Cat and Hors d’oeuvres. In her free time she enjoys theater and live music. 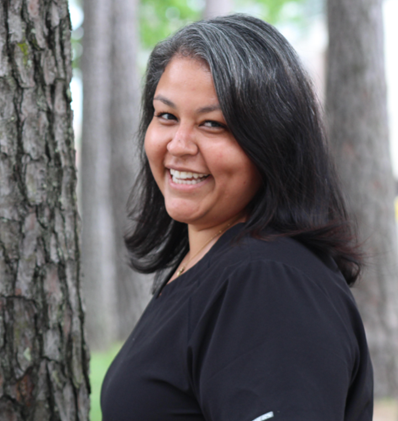 Venessa has worked in veterinary medicine for over 20 years. She started as a kennel tech, then obtained her L.V.T. license at the Vet Tech Institute in 2010. Venessa has since pursued a different path, but has never lost the love for Vet Med! She started with us at ELAC in early 2021 as a client service representative and our inventory manager. She lives with her two sassy cats: Ralphie and Morty. In her spare time, she enjoys finding new places to eat, going for walks, and exploring museums. 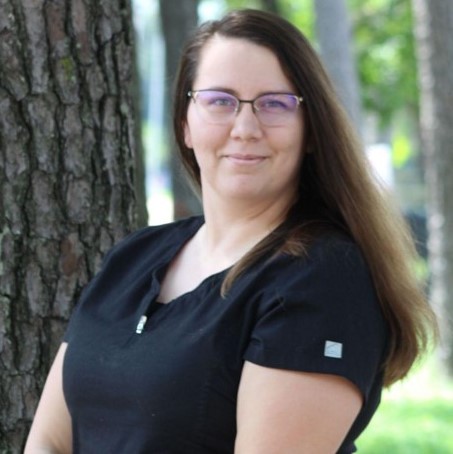 Nikki has been working in vet med for a little over a year. She has always had a strong desire to serve the community and is excited to be part of the ELAC team. In addition to her two human children, she has a rescue dog named Lola and a cat named Max. In her free time, Nikki enjoys reading and crafting. 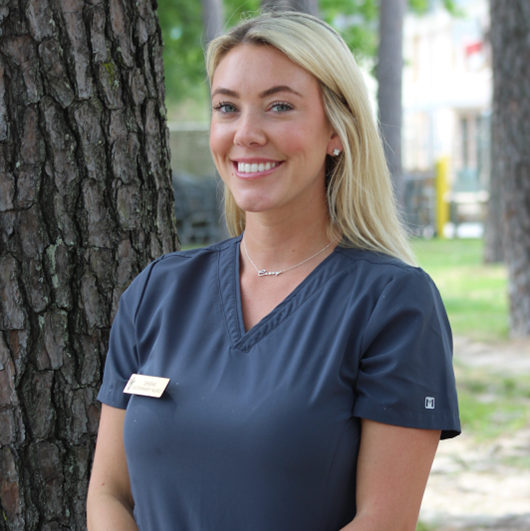 Shana has worked in veterinary medicine for almost 10 years. Like many other technicians, she started as a kennel tech and worked her way up the ladder. She has been with ELAC for a year and loves it! Shana really enjoys building a bond with both the client and their pets. She lives with her two dogs; Shasta and Kota and her two cats; Binx and Freyja. In her free time she enjoys reading, anything DIY, and being out on the water. 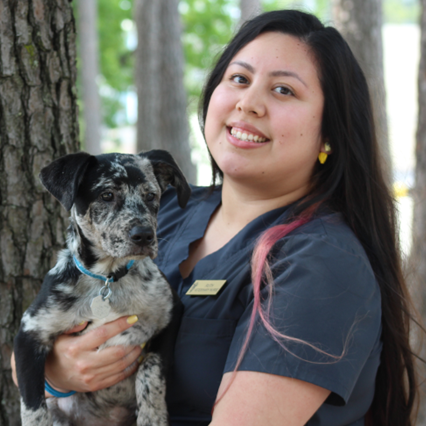 Ruth has been working in the industry for 6 years and has been with ELAC since 2021. In her free time, she enjoys hanging out with her family and fur babies, karaoke, dancing, and tending to her plants. 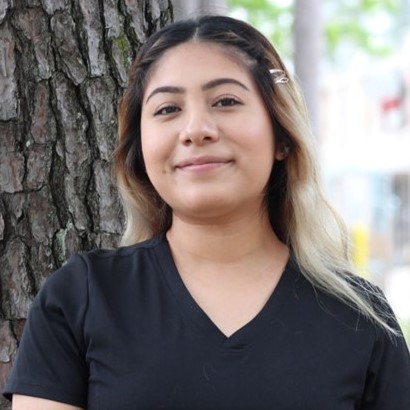 Emily has always had a love for animals. Throughout high school, she was in FFA where she raised rabbits, goats, and a steer. She was also on the Vet Science Team. In 2020, Emily graduated with her CVA and continues to show her dedication by volunteering with HLSR. In her free time, she enjoys scrapbooking, playing with her pygmy goats, and her crazy Anatolian Shepherd, Toby! She loves working with animals and her team. 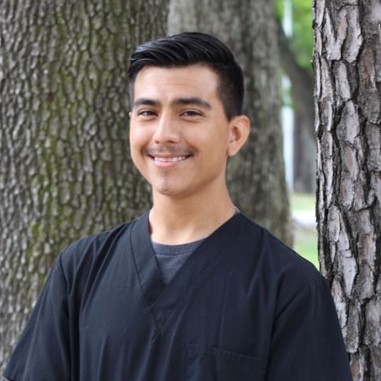 Danny has worked as a technician for 5 years but has worked with animals for 10 years. When he is not at work, he enjoys reading up on scientific finds, eating his favorite food, ramen, exploring the outdoors or enjoying time with friends. He doesn’t have any animals of his own, but that leaves him open to look after others that may need his help.

Melissa has been with ELAC for 30 years and loves her job. She has a true love for the pets she tends to and makes sure they have everything they need. Melissa lives with her seven dogs and her two cats. In her free time, Melissa enjoys tending to her plants and her garden. 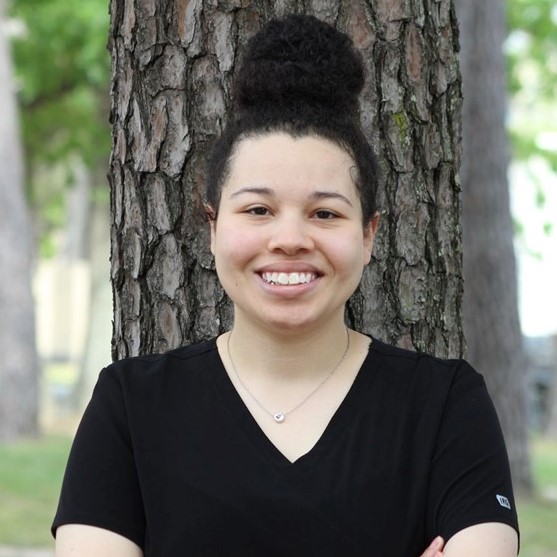 Terrane has a huge passion for working with animals, so caring for the pets that come into our clinic is super rewarding for her. She lives with her family dog; Daisey, and her sister’s cat; Alex. Terrane’s best friend Rocket has unfortunately left her side but will always remain in her heart. 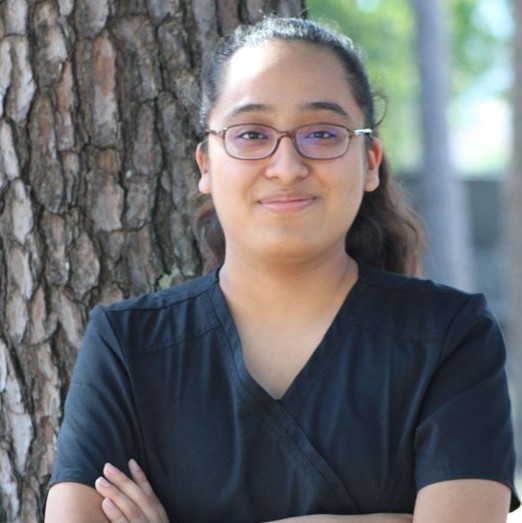 Nicole is currently working towards her CVA and is a member of the FFA and vet science team. Her hobbies include photography and listening to music. Nicole lives with her two crazy cats; smoky and princess and her dog Sam. Nicole plans on getting her LVT and specializing in surgery and radiology.

Font Resize
Contrast
Accessibility by WAH
Call Us Text Us